A few years back, I attended a wonderful wedding in New Orleans, complete with zydeco band and authentic Cajun cuisine, set in a elegantly distressed farmhouse. As the sun set, the heat lingered while our dinners were served outside in the candlelight. My favorite part, of course, was dancing with the bride and groom, following the Zydeco Band and her sister with the handkerchief in a second line, grooving away while the guests were laughing and eating. Simultaneously out of my element (Cajun country) but not (hospitality, good food and music are universal), I think I danced, drank and ate most of the night, blissfully happy, listening to a tuba, trumpet, singer, guitar, and a washboard. There’s one thing I know I’m pretty good at and it’s when I do finally let loose (it takes some time), I usually pull everyone into the party.

The following day was somewhat of a haze but I do remember the above ground tombs, fantasizing about what I would do if I were a goth chic teenager up to no good, the crawfish omelette with béarnaise sauce, and wishing I’d have another Sazerac before flying home. We stopped by Cafe du Monde and stuffed ourselves silly with beignets and chicory coffee.

Chicory coffee, was love at first sight. Chicory, a root that is ground, roasted and mixed with coffee in France since the 19th century, is a staple in Louisiana after the Union naval blockades cut off the port of New Orleans during the Civil War. Looking to extend their coffee supply, chicory was added (as per the French), along with parsnips, acorns, and even burnt sugar. Chicory coffee was cheap and used in times of economic shortage such as the Civil War and the Great Depression.

Years later, hot and desperate for some wicked novelty in the iced coffee arena, I came across a recipe for a Chicory Cold Brew with Condensed Milk. Amarula is creamy, somewhat fruity and less assertive than Bailey’s, so I figured that would round out chicory’s bitter edge and play nicely. I was right.

Check out the coffee slideshow.... Yum! 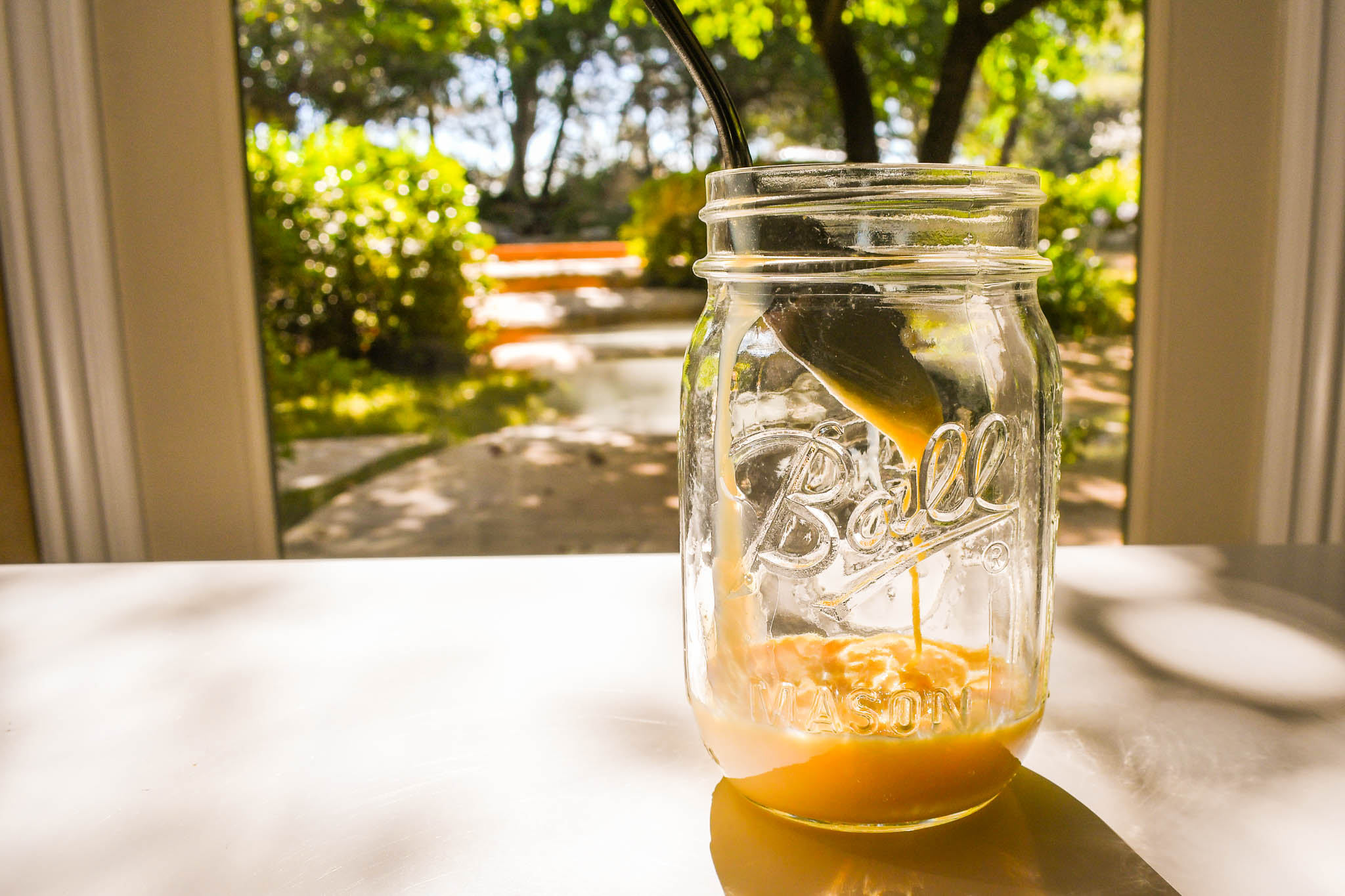 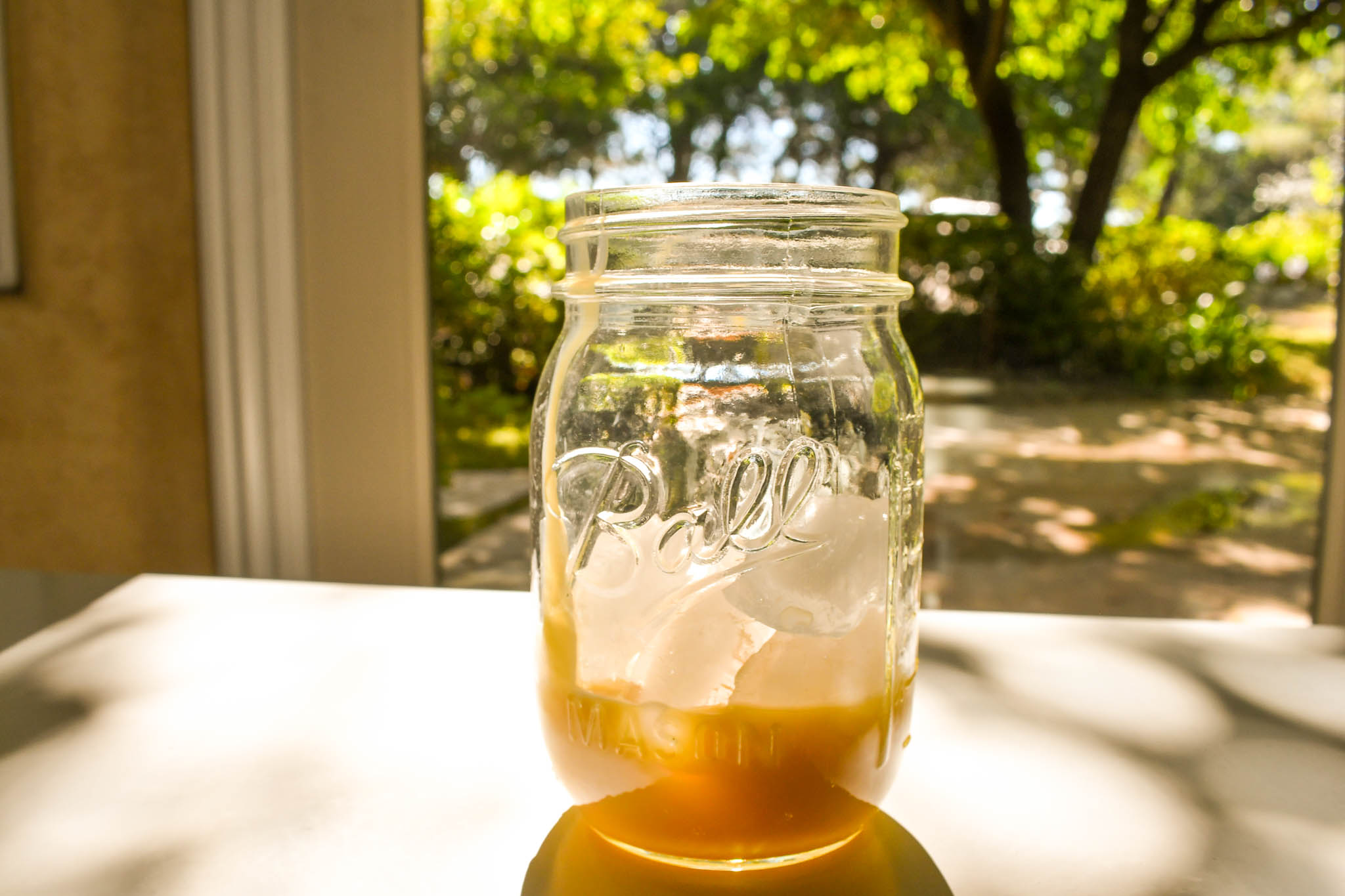 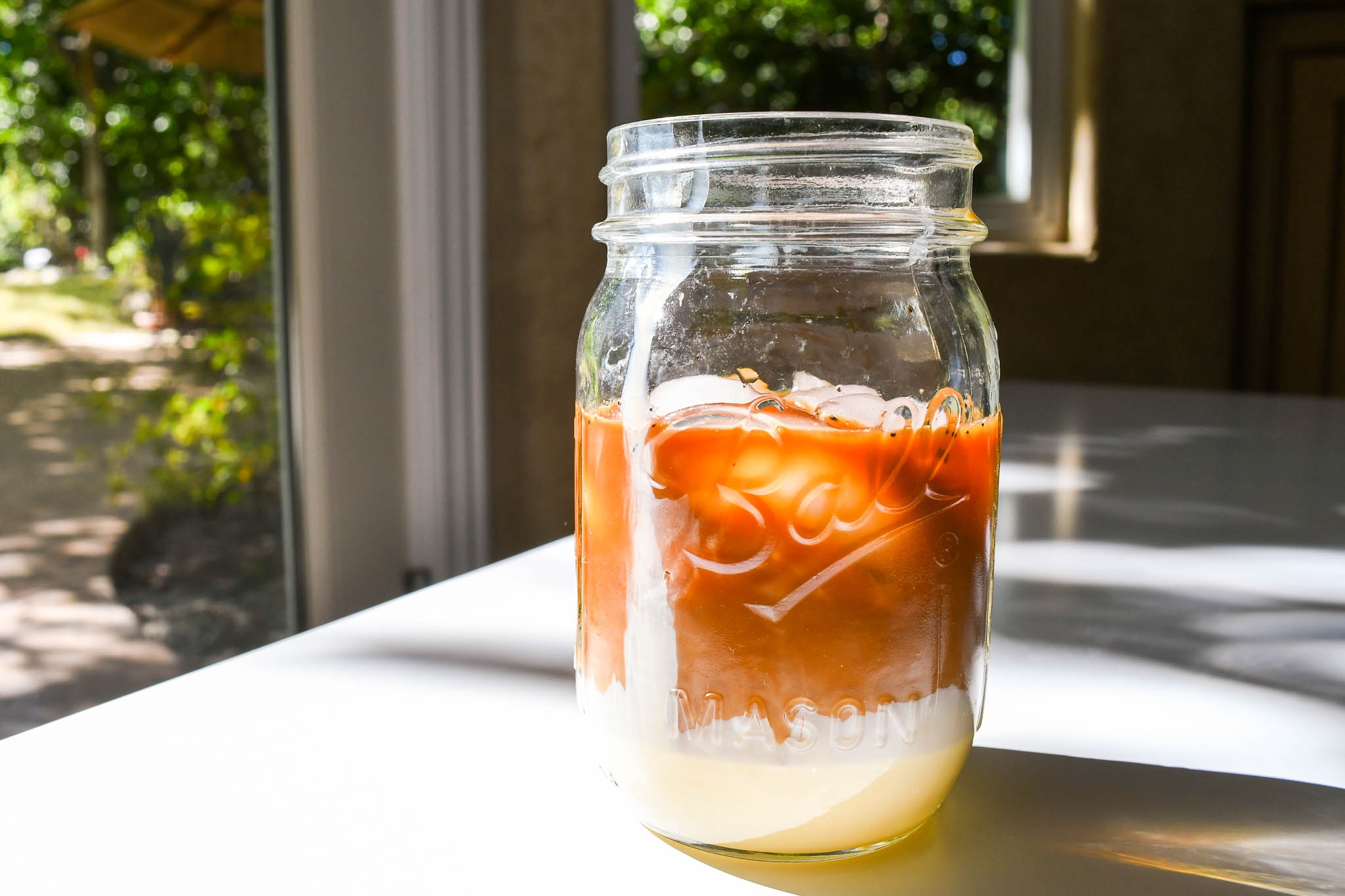 Amarula, a cream liquor from South Africa, is made with sugar, cream and the fruit of the African marula tree, not whisky or brandy. Launched in 1983, it has 17 per cent alcohol per volume and aged for two years in small, oak casks. It delicious, not too sweet, and has a mildly citrusy flavor with slightly peppery overtones (omg, I sound pretentious) but with a less bitter assertiveness and acidic bite than Bailey’s Irish Cream. It’s like if Bailey’s had a sweet, luxurious cousin that liked to chill out a lot.

There’s a myth that elephants and monkeys would wait until the overly ripe marula fruits would drop from the tree, ferment, and get drunk and high. The more I thought about this, I didn’t quite know if that could be true. First off, how many fruits did an elephant have to eat to get drunk? Wouldn’t they have to eat the whole tree? Monkeys, I could see getting drunk based on their body weight. Were we being fed a tale?

Then…. at what point in animal or human history did we decide to inebriate ourselves to alter reality? Is it simply a survival mechanism to stressors? Was it to see how far we can push the line of what is possible because we can? (Hence, drinking contests…) When did humans or animals understand that existence, reality, function, and perspective were alternate forms of time that could be shaped? Does that mean that self actualization is premeditated or a byproduct of evolutionary biology?

“Flashback to the 1970s (1974 to be exact), when a guy by the name of Jamie Uys produced two documentaries called “Beautiful People” (he also directed “The Gods Must Be Crazy“). The footage, portraying wild animals getting drunk after eating marula fruits, became an immediate hit (it even received a Golden Globe for best documentary). Today millions of people are persuaded that elephants get drunk with the fruit.

Jamie Uys’ footage was totally staged and the animals were, believe it or not, fed with alcohol. The directors first soaked the food, then filmed the scenes to make it more believable.”

Check it out. You cannot unsee or unhear this.

I don’t completely understand what I’m seeing or hearing, but it made me laugh (which I guess is the point). It’s a pastiche of Shostakovich, Rimsky- Korsakov, Henry Mancini, the Beach Boys, and Brahms in order to try to make the footage coherent. So, we have a programmatic music work, predetermined by incoherent footage, under the guise of inebriation. Of course! Berlioz.

“Symphonie fantastique: Épisode de la vie d'un artiste ... en cinq parties (Fantastical Symphony: An Episode in the Life of an Artist, in Five Parts) Op. 14, is a program symphony written by the French composer Hector Berlioz in 1830. It is an important piece of the early Romantic period. The first performance was at the Paris Conservatoire on 5 December 1830.”

“Leonard Bernstein described the symphony as the first musical expedition into psychedelia because of its hallucinatory and dream-like nature, and because history suggests Berlioz composed at least a portion of it under the influence of opium. According to Bernstein, "Berlioz tells it like it is. You take a trip, you wind up screaming at your own funeral."

His 4th movement is the must appropriate “inebriated” movement.

According to Berlioz’s own program notes:

“ Convinced that his love is spurned, the artist poisons himself with opium. The dose of narcotic, while too weak to cause his death, plunges him into a heavy sleep accompanied by the strangest of visions. He dreams that he has killed his beloved, that he is condemned, led to the scaffold and is witnessing his own execution. The procession advances to the sound of a march that is sometimes sombre and wild, and sometimes brilliant and solemn, in which a dull sound of heavy footsteps follows without transition the loudest outbursts. At the end of the march, the first four bars of the idée fixere appear like a final thought of love interrupted by the fatal blow.”

By far, my favorite rendition is Dudamel’s. The others sounded like a pompous tea party- too dignified to be a real head trip for a piece credited to be the first to foray into psychedelia. Here he is with two orchestras and unbridled passion.

Years ago, a freak accident rendered me unable to walk. Frightened, somewhat lucid despite the painkillers and concussion, I’d lay in bed, stare longingly outside, and realize I couldn’t feel the lower half of my body. The whole experience was numbing, relentless, persistent, yet full of hope, aching with small beauty and treasured pockets of elucidation. Here’s RX Y with the Brussels Philharmonic Soloists. Same hypnotic determination, (I usually like more aggression with more bass) but I couldn’t stop listening. The end of his set is the most beguiling.

1 14oz can of sweetened condensed milk

1. Place coffee in a large bowl and add 4 cups of cold water. Stir gently to make sure all of the grounds are moistened. Chill overnight.

2. Line a sieve with a coffee filter and place over a pitcher. Strain coffee into pitcher (do not stir); discard solids.

3. Grab a glass or mason jar. Add two heaping tablespoons (or more to taste) to the the bottom of the glass. Add ice, then cold brew coffee. Spike with Amarula to taste. Enjoy a weekend brunch or a lazy afternoon break and chill out.

Do Ahead: Strained cold brew can be made 1 week ahead. Cover and chill. (Original recipe calls for double the amount of coffee to make 8 cups. Enjoy!)

Heirloom Tomato Tart, Tomato Throwing & Why Are We Attracted to Deviant Personalities?

Fauxtisserie Chicken, Why We Love Drinking Songs, The Facebook Argument, & Can Music Be Fascist?